Are you FRUSTRATED or INTIMIDATED by the relentless influence of secular culture? CLICK HERE 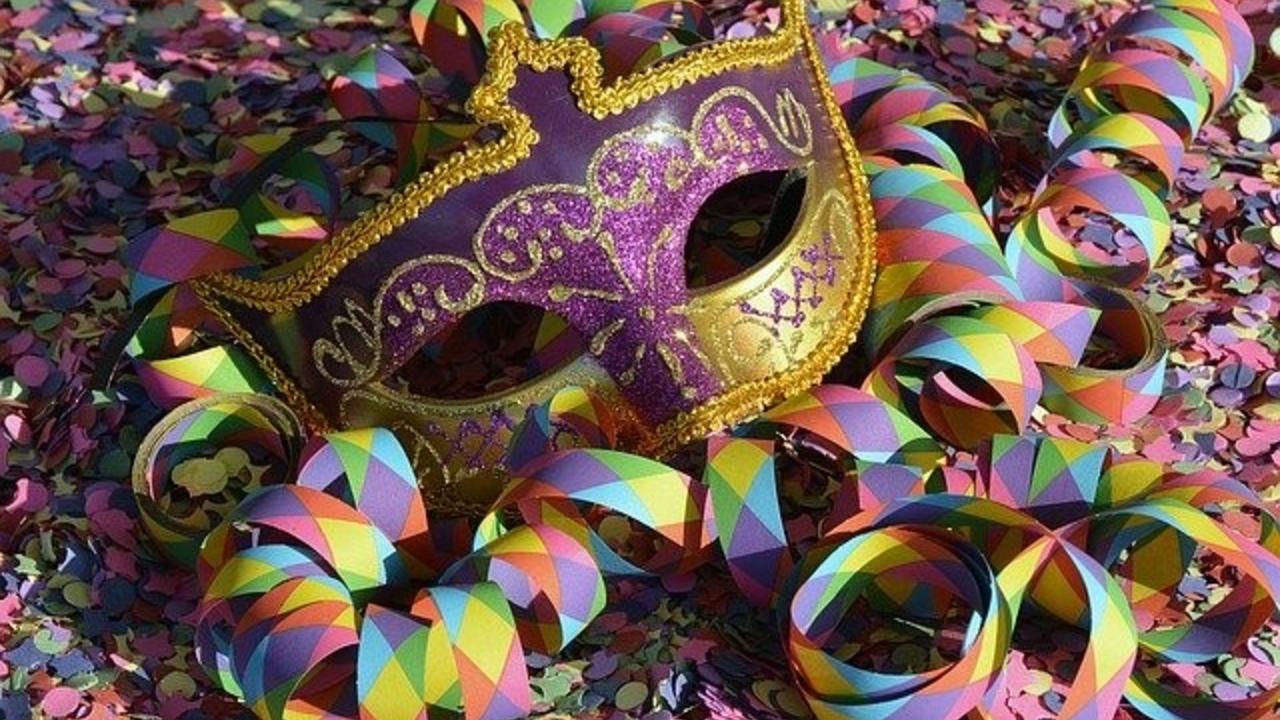 (This is Part 2 of a series on the Christian & Social Justice. If you missed part 1, Click Here).

Imagine that you are meeting a friend for lunch, and as you approach your table, you notice a familiar face in the back of the restaurant.

But she's definitely NOT you.

As you ponder the strangeness of this situation, you suddenly realize

How long do you think it would take before you start to feel awkwardly uncomfortable with the realization that your husband doesn't know you well enough to recognize when he's with an impostor?

Fortunately, this bizarre situation isn't likely to unfold in the real world, but I see it happening in the spiritual world all the time. If we're not careful, we can absorb unbiblical ideas without recognizing that they're masquerading as Truth.

In the same way that earthly husbands and wives would know the genuine article from a fake, I feel pretty certain that Jesus longs for His people to know Him so well that they no longer confuse Him with something He isn't (John 17:3).

The latest installment of such a sneaky little idea is today's current Social Justice ideology. Granted, contemporary social justice has some reasonable pursuits in mind, but it lacks the worldview to deliver what it promises.

In my last blogpost, I introduced you to the history of current social justice thinking,  and showed you how it's inconsistent with Scripture.

In today's post, I want to help you get familiar with Critical Social Justice Theory yourself, so that you can be prepared to recognize the errors before you accidentally embrace them. Then, we can all work together to unmask the counterfeit ideologies behind the current social justice movement.

Here is a quick snapshot of the things you need to know about Social Justice issues today as compared to Scripture:

I've been burdened with the desire to set the record straight, because I believe Critical Social Justice Theory to be destructive to a person's faith.

With that in mind, I've been scouring the interwebs looking for resources that will give you a crash-course on Critical Theory and its incompatibility with Christianity. I've come up with 25, so far, and they're listed below. If you want a jump-start on the ones which I believe to be the most user-friendly, you can't go wrong with #6, #8, #12, #15, #20, and #26 (it's a BONUS!).

1. Herbert Marcuse: The Philosopher Behind the Ideology of the Anti-Fascists.

This is a really great article from the Foundation of Economic Education. You’ll learn a great deal about the Marxist Roots of today’s social justice movements and why we shouldn’t support them:

2. Christian Millennials and the Lure of Socialism, Part One: How Biblical Concern for the Poor Can Turn Into an Unbiblical Understanding of People

In this post, Dr. Thaddeus Williams writes specifically about socialism, rather than on Social Justice in its broader context, but it still contains important themes for consideration.:

3. Christian Millennials and the Lure of Socialism, Part Two: How Biblical Concern for the Poor Can Turn to an Unbiblical Understanding of People

This post continues from Part One by focusing on what’s at stake. Progressive social policies tend to address only the earthly issues which defaults to government coercion. Plus, there’s this:

4. Social Justice: Not What You Think It Is

This little gem of an article was written in 2009 by the late Michael Novak for the Heritage Foundation. It contains a number of wisdom nuggets, but these stood out to me:

This is an earlier work by Drs. Shenvi & Sawyer, writing for Free Thinking Ministries. This blogpost is a fairly thorough breakdown of the principles of Critical Theory and why they simply contradict and undermine core Biblical Truth, which in turn, will erode our commitment to Christianity.

6. How Should Christians Think About Social Justice

This blogpost features an interview between Dr. Sean McDowell, and Dr. Thaddeus Williams, both of Biola University. Dr. Williams compares and contrasts current Social Justice thinking with principles of Biblical Justice, in order to demonstrate just how different they actually are:

7. The Incompatibility of Christianity and Critical Theory.

This is a straight-up, kind of short, no-frills dissection of Critical Theory and it’s divergence from a Christian Worldview, written by Dr. Neil Shenvi and Dr. Pat Sawyer, writing for the Gospel Coalition in May of 2019.

8. Why the Culture’s Definition of Social Justice Isn’t Biblical

Fellow Biola Alum and apologist Claudia Kalmikov breaks down Social Justice and Critical Theory in everyday, commonsense language. She also includes the highlights from Dr. Neil Shenvi’s work, and adds some specific Biblical passages to round out her easily accessible blogpost.

9. Is Socialism Compatible with Christianity

In this blogpost, Claudia veers away from Social Justice/Critical Theory to explore Socialism vs Christianity. But she hits on some of the basics of Marxist ideals and contrasts them with Biblical principles, which makes for a quick and solid overview of this topic.

10. White Fragility: Behind the Worldview by Neil Shenvi

In this article, Neil Shenvi, writing for Ed Stetzer’s The Exchange, outlines the main themes behind Robin D’Angelo’s White Fragility, and why it is deceptively mistaken.

11. A Biblical Critique of Secular Justice and Critical Theory, by Tim Keller

This essay by Tim Keller covers more than just Critical Theory, but its assessment of the ideology and its flaws are right on:

Theology Mom. Krista Bontrager, co-hosts a weekly show, called ‘All The Things,’ with Monique Duson of the Center for Biblical Unity. On this episode, they interview Dr. Thaddeus Williams, author of Confronting Injustice Without Compromising Truth, due out December of 2020. Dr. Williams brings great discussion to the table, but his reason for choosing to get knee-deep in the academic literature regarding Social Justice and Critical Theory says it all:

From Mortification of Spin, this is a podcast interview which explores the competitive relationship between the Gospel of Jesus and the Social Justice Movement. It’s a friendly but open dialog which is clearly concerned with fidelity to Scripture and the Gospel. It contains these really important points that you won’t want to miss:

In this interview on Relatable With Allie Beth Stuckey, you’ll learn about Dr. Voddie Baucham’s remarkable testimony, and his explanation of Critical Theory as a worldview which competes head-on, and undermines, the Christian Worldview.

This one is one of my favorites, because he makes such a case for the ability of social justice to have a corrosive effect on the faith of the individuals who pursue it.

This is an interesting look at the claims that “lived experience” of victims or the oppressed find some sort of special access to truth that should not or cannot be challenged.

Monique is a former Critical Race Theorist who has left the ideology for a Biblical Worldview. Here she teaches about Critical Theory at Living Truth Christian Fellowship.

This is an eye-opening look at Critical Methods from a secular perspective. Despite the fact that he does not have the same theological objections that Christians do, he still comes to the same conclusions as Drs. Shenvi, Sawyer, and Williams.

21. Neil Shenvi Apologetics – Dr. Shenvi is establishing himself as an authority on Critical Theory, especially with regard to its corrosive effects on faith, and its fundamental opposition to a Biblical Worldview. He’s got several helpful articles including a glossary, book reviews, and an e-book written for Ratio Christi. Find him at:

22. Center for Biblical Unity  -- This organization was founded by Monique Duson, a former Critical Theorist who now embraces a Christian Worldview.

23. Theology Mom – Krista Bontrager is a theologian who frequently discusses current events in relation to a Biblical Worldview on her YouTube Channel. In particular, she hosts a weekly show with Monique Duson (of the Center for Biblical Unity) called “All The Things” which has great discussions involving Critical Theory.

24. Social Justice and the Christian Church

Written about 30 years ago, theologian Dr. Ronald Nash debates the merits of the social and political scene with great depth and  from a Biblical Worldview.

An academic and theological treatment by the late Dr. Ronald Nash.

AND A BONUS SOCIAL JUSTICE RESOURCE!!!

(By the way, I do not have affiliate relationships with any of these book recommendations.)

And that's all for now! I'll keep you updated as I run across new sources to add to the list! Happy reading, listening, and watching! 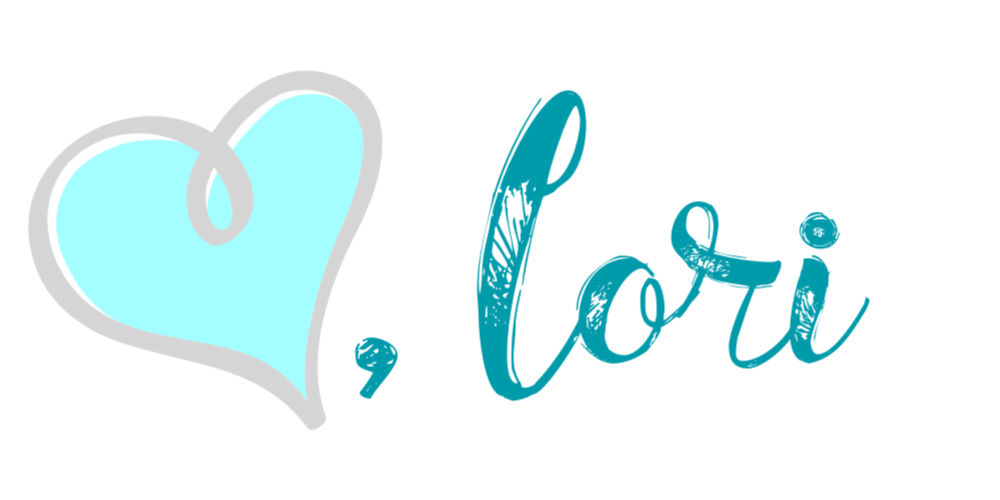 Become An Instrument of Healing & Hope in the Hands of the Divine Physician.

I teach women of Christ who are frustrated and intimidated by the relentless influence of an increasingly secular society how to :

I want to be an instrument of hope and healing in the hands of the Divine Physician!